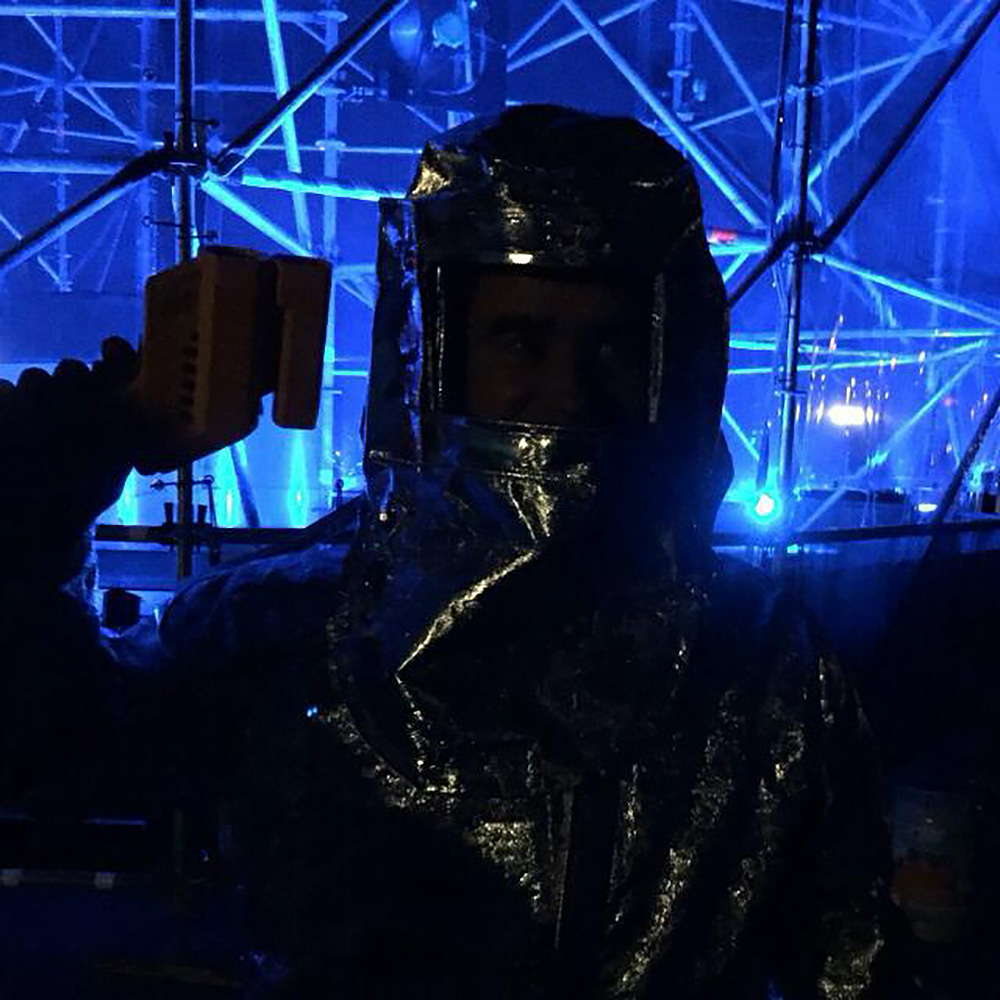 “Darkness is where we begin and where we end. We don’t usually see light traveling in darkness of space because we only can see its reflection on substance.”

Ivo Schoofs has been a guest of GLOW before. Since then his ‘Large Pendulum Wave’ and last year’s ‘Large Fire Tornado’ have successfully been touring to many prominent festivals across the globe. ‘Just because you are a character, doesn’t mean you have a character’ is the latest, 21 meter high, installation created by this Eindhoven light artist.

In this large, kinetic interactive light artwork, rotation transforms into translation. The coloured light and movements create new characters; a new Eindhoven visual language, which has an alienating as well as a connecting factor. The miraculous, repetitive movement challenges the spectator into constantly discovering new structures.

He started his third major project in 2016. It is a kinetic construction of moving elements such as beams, which are linked by means of pivots. “It converts rotation in translation.” The machine is doubly performed, whereby all kinds of patterns are to be seen during its movement. Each of the moving beams has a light which can be put on and of separately and change color. “Thus characters can be written, as a new sort of visual language.”

The intention is that the public may operate interactively through an app or with a control panel. “Making it possible for the Eindhovenaar to draw his own characters.”

This new project is part of the City Wonders and eventually it will get a permanent spot on the 18th September Square. The construction on this square will be 21 meters high, so the machine has a drawing area of 15 by 15 meters. “Hopefully this will become one of Eindhoven’s symbols”, Schoofs dreams.