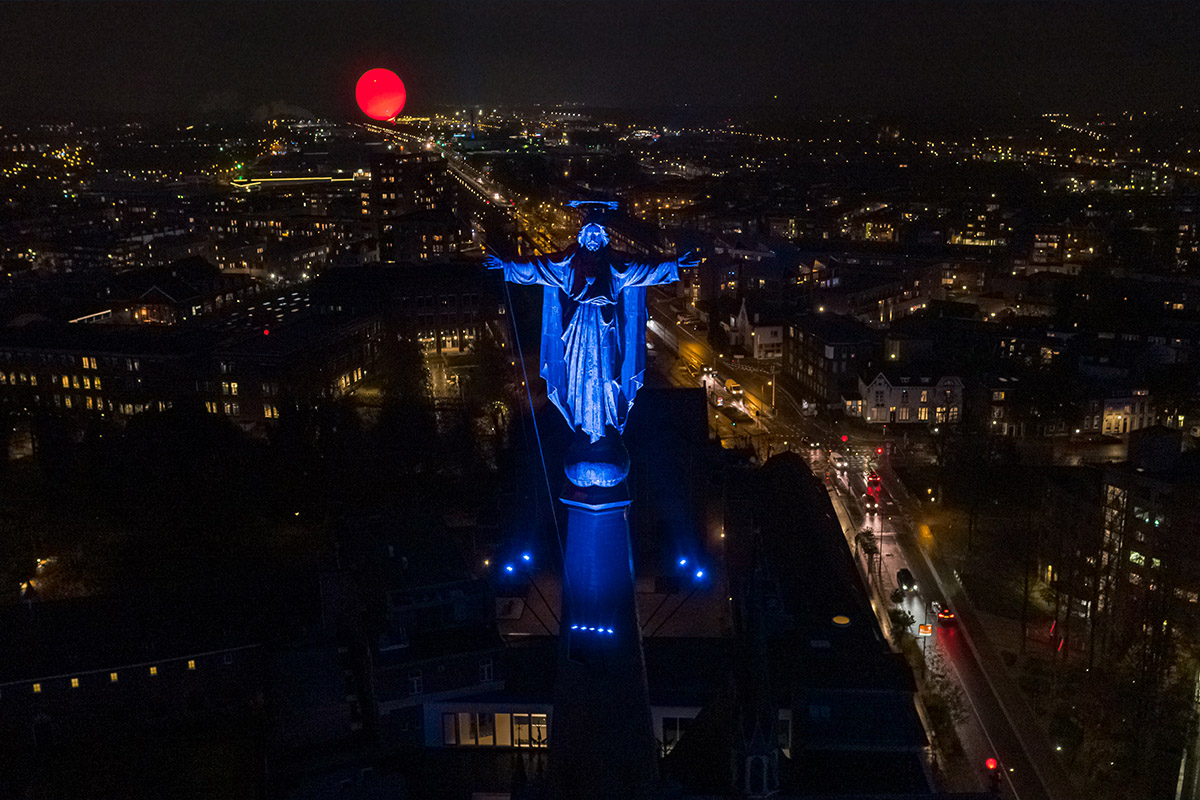 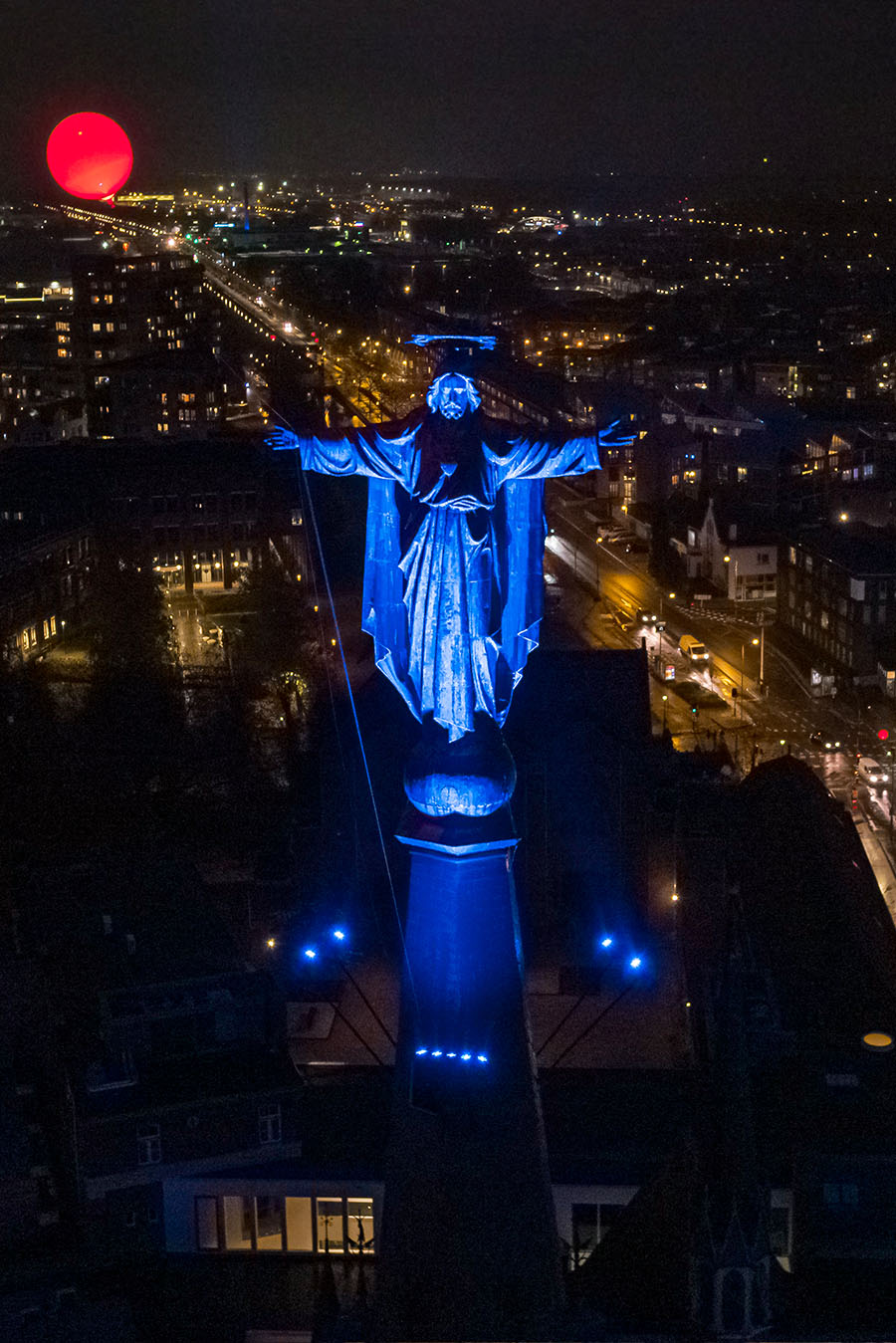 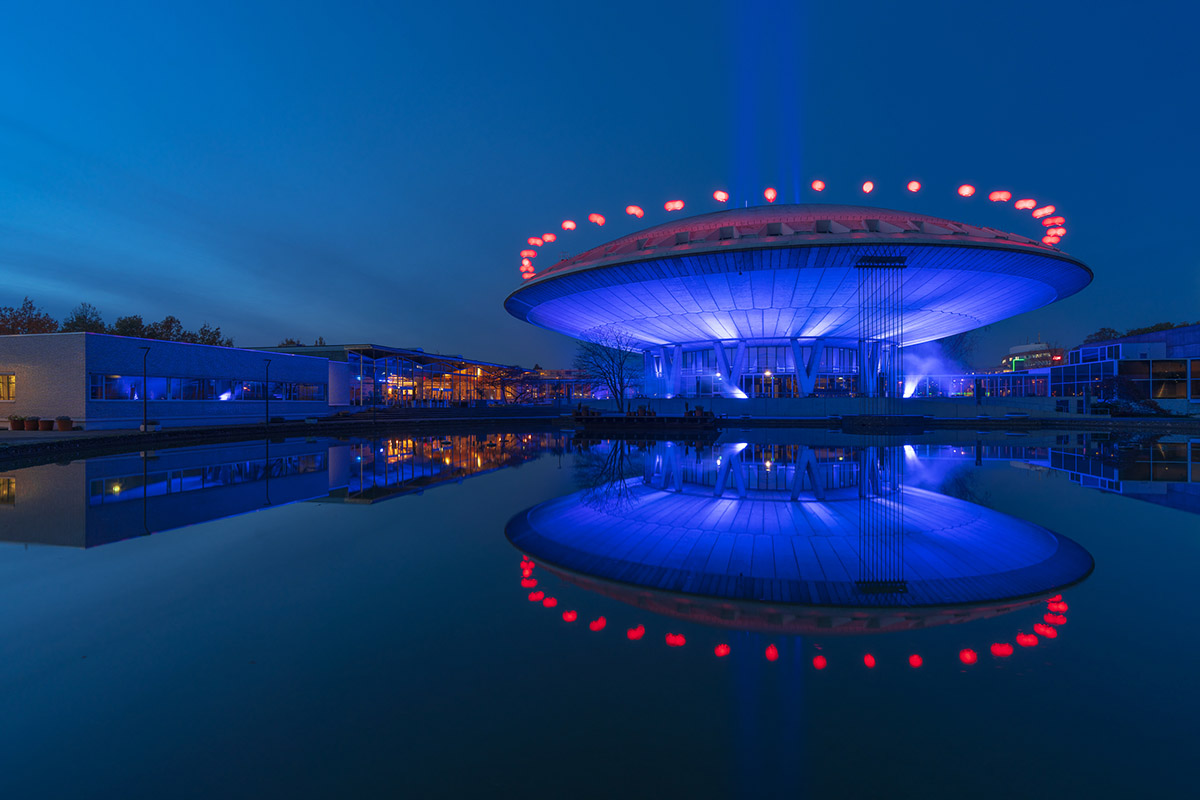 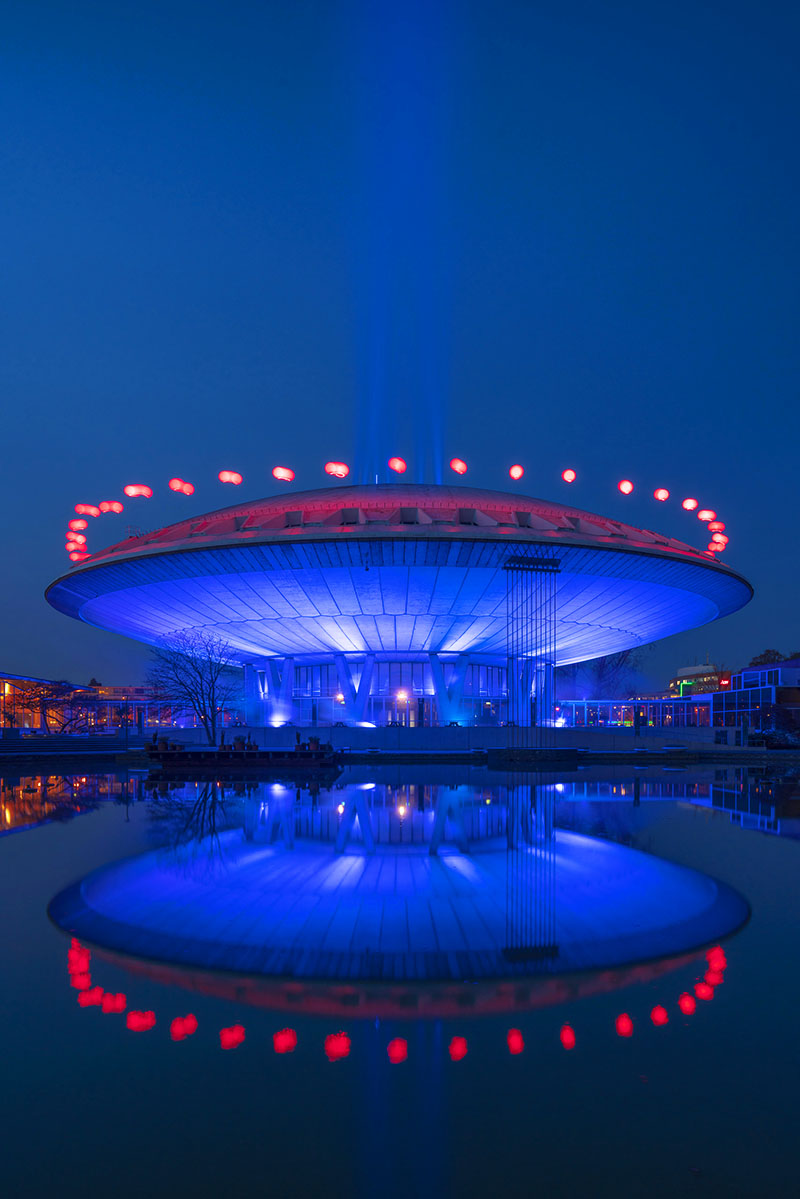 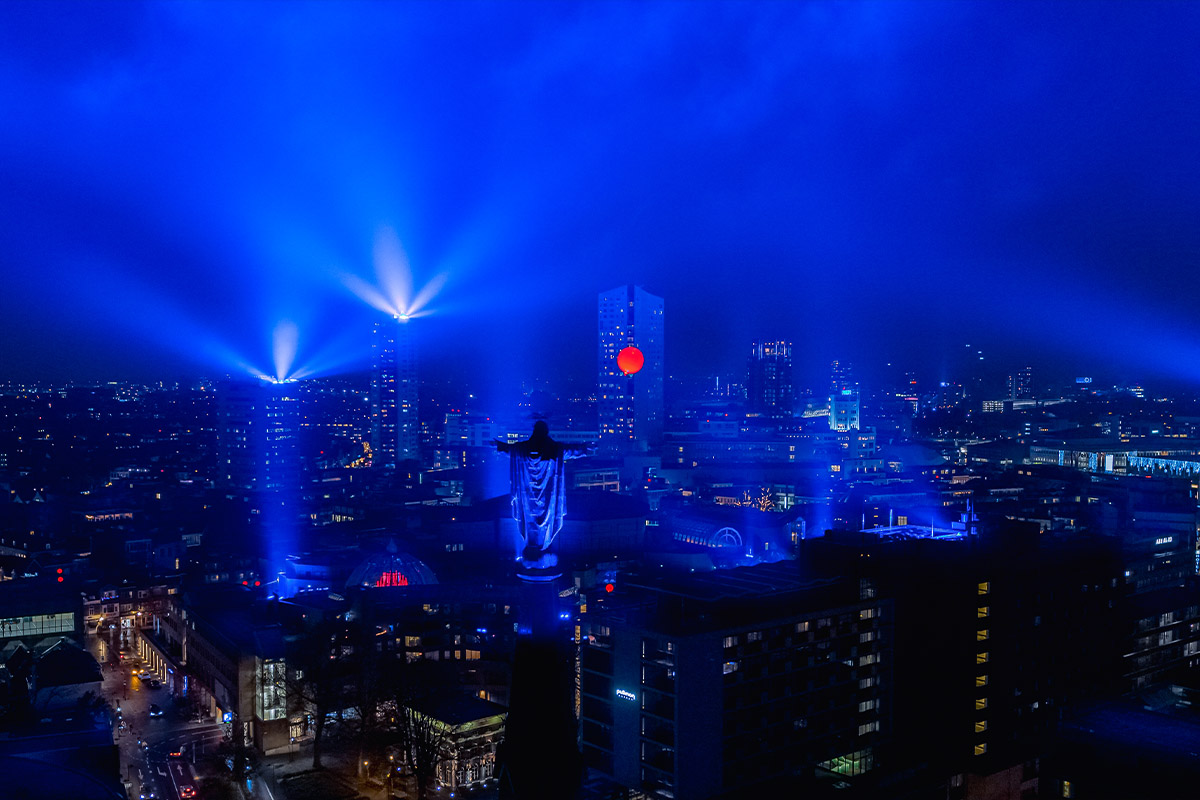 November 16, 2019 – The counter of the Glow Eindhoven 2019 lighting festival flips to 770.000 visitors. Endless crowds of people have been swarming around lighting installations. An enormous flood of energy and people in the City of Light. Success is an understatement. It is a movement. The bar, that is raised each year, has come up to unprecedented heights. What must the 2020 Glow edition look like?

February 2020 – COVID19 has landed in The Netherlands. What at first seems an odd and small number of incidents, will soon bring a nation-wide lock-down. Bars and restaurants are closed, gatherings are banned… you know the drill. The following months it becomes clear that hundreds of thousands of people, shoulder to shoulder in the streets, is not a tolerable nor desirable situation for a long time.

March, Glow committee is scratching their heads. We can’t put off the largest festival in The Netherlands just like that. Especially in these times. A number of artists, Glow-veterans, is asked to come up with a proposal. A modest artwork, that can bring some light in the Corona darkness, without drawing swarms of people, without putting people in hazardous positions.

April, Team KI (Kari Kola and Ivo Schoofs) connected the dots of the challenge. They present a deep blue scenery. A red-lit balloon. Nothing more, nothing less. A slight breeze brings a bit of movement in the little zeppelin. Slow, humble, yet alive and vibrant. Like a campfire in the distance. A little dot of red light in a mute indigo world. The jury decides. This is what we want. ‘Can you do that? Cover the city with it? Yes we can!

May, The honour brings responsibility. The city of Eindhoven must glow up in deep blue. Up to 1000 large helium balloons will be positioned carefully in the streets, on top of buildings, over water, in the heart of the city’s districts. It still has to be developed, designed, procured, produced, assembled and put into place.

August, First live tests take place. On top of Eindhoven’s highest buildings. Blue and red light merge together in sweet constellations. Wind is a factor. So is position. The prototyping continues. At the core a smart 3D-printed ‘plug’, sealing off the balloon and containing the leds, drivers and cooling elements.

November 12, Glow 2020 is live! Not a festival, but a hommage. To the city. To the people. Light is energy. Let it be a dot of encouragement in dark times. A subtle connection. An understanding we are here. We create. And we can bring light in our existence. As long as we keep connecting the dots in the right way.